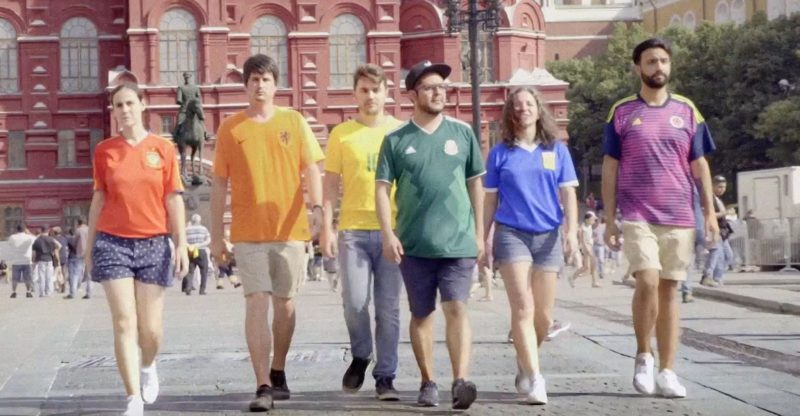 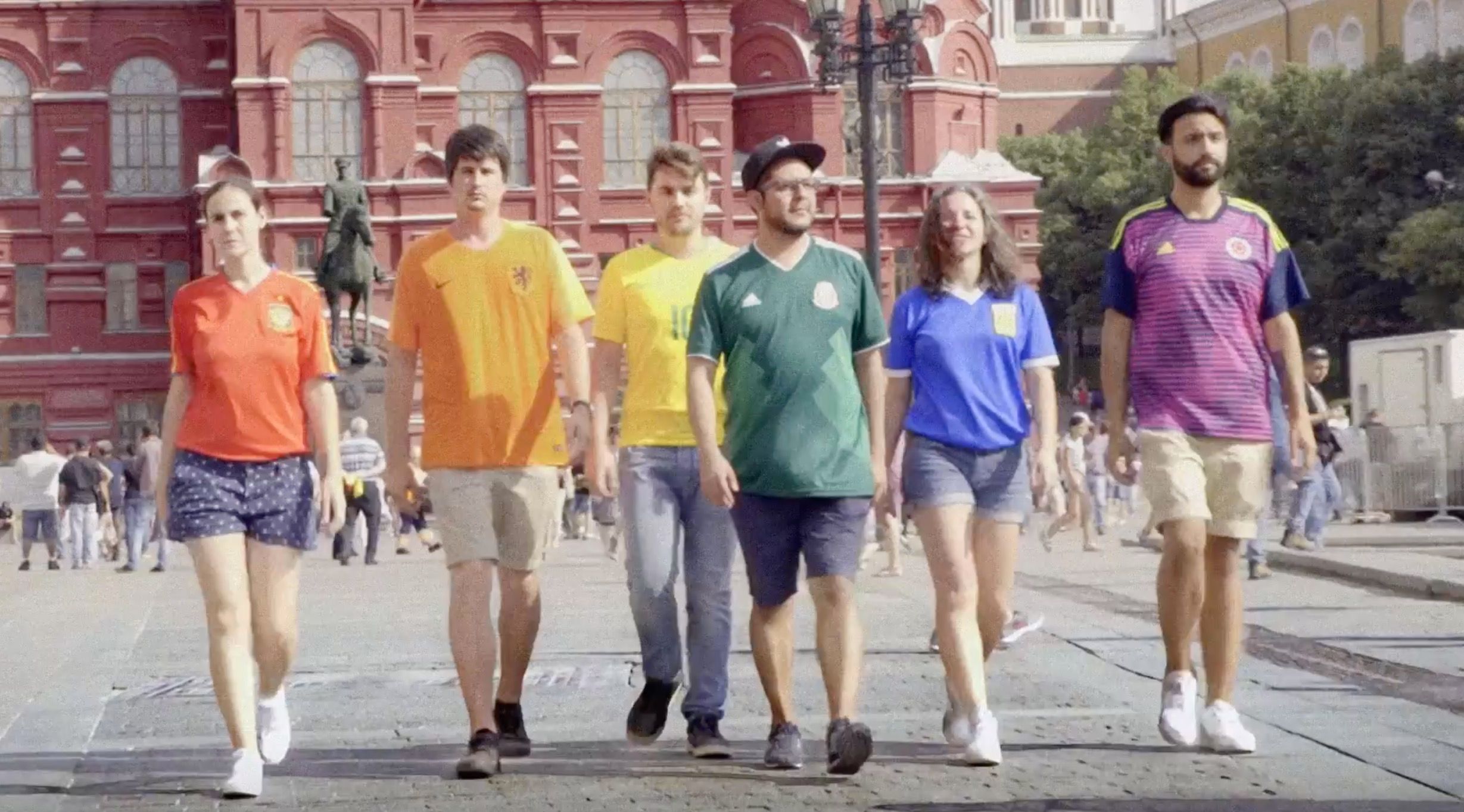 In recent years, Russia’s anti-LGBT legislation has made for a toxic environment for the country’s LGBT community. In 2013, a law passed that banned “gay propaganda” in Russia, including the rainbow LGBT flag.

The group donned jerseys from Spain, Netherlands, Brazil, Mexico, Argentina and Colombia and visited iconic sites in Russia. They even stood beside Russian police.

They wrote of the project, called Hidden Flag:

When Gilbert Baker designed the rainbow flag in 1978, he did so to create a symbol and an icon for the LGTB community. A symbol, recognisable across the world, that people could use to express their pride.

Unfortunately, 40 years later, there are still countries in which homosexuality is persecuted, sometimes even by jail sentences, and in which the rainbow flag is forbidden.

Russia is one of these countries.

Because of this, we have taken advantage of the fact the country is hosting the World Cup at the same time as Pride Month, to denounce their behaviour…