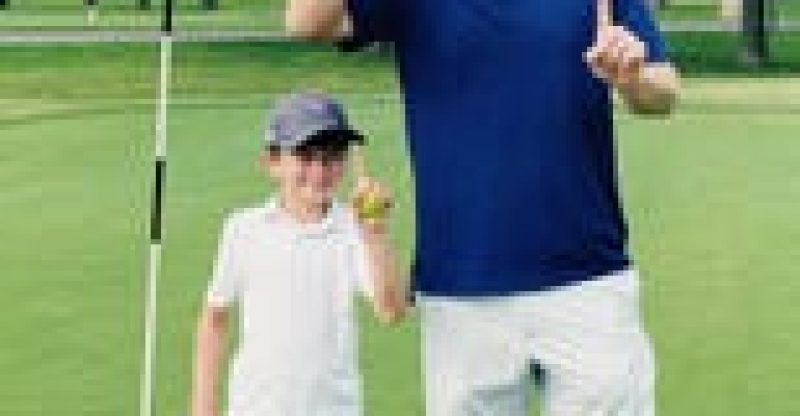 Early in his round Tuesday the conversation 7-year-old Austin Snedekerhad with his dad, PGA Tour pro Brandt Snedeker, came around to the possibility of making a hole-in-one.

Austin was hitting the ball particularly well off the tee and wondered if he could make a hole-in-one.

Before the round ended Austin got his wish. He continued to strike the ball well and ended up acing the No. 9 hole at The Little Course at Conner Lane in Franklin, Tennessee. 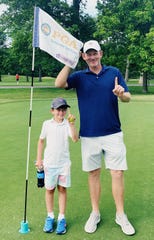 Austin Snedeker, left, holds the ball he made a hole-in-one with Tuesday at the Little Course at Corner Lane, while his dad Brandt caddied for him. (Photo: Submitted)

Austin has been playing seriously for about a year. He had posted one of his best rounds earlier in the day and finished fourth in his age group in a Sneds Tour Tournament at The Little Course with Brandt caddying for him.