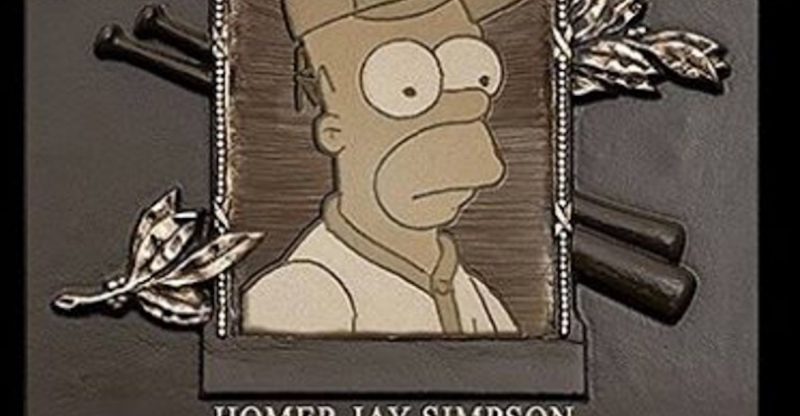 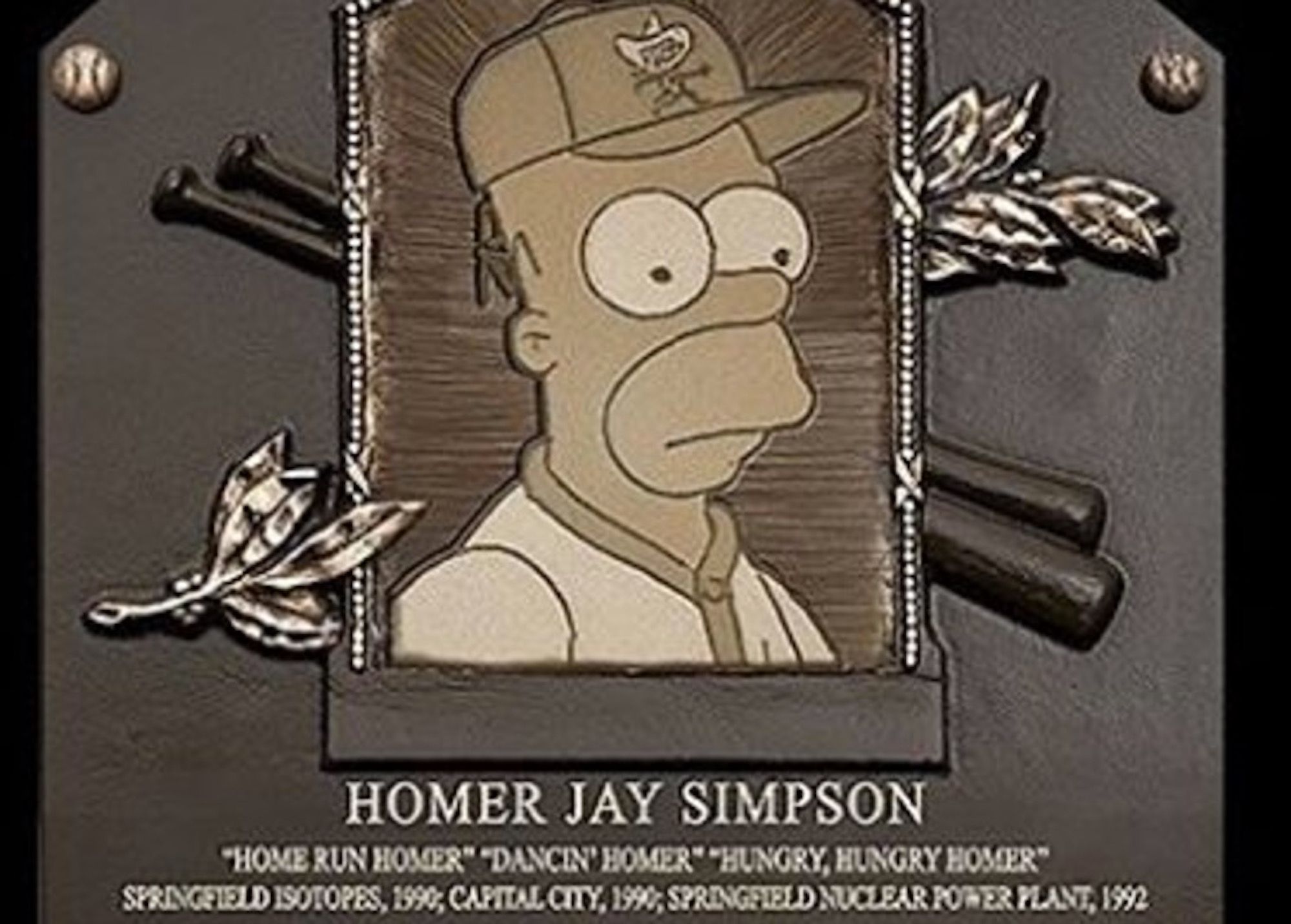 Yes, Homer Jay Simpson beat out Roger Clemens, Darryl Strawberry and Don Mattingly to induction in Cooperstown, N.Y. The Hall of Fame gave the star of The Simpsons his own plaque Saturday as part of a Simpsons-themeed exhibit in the museum.

Here’s what the plaque says:

Inept safety inspector turned city-wide softball hero. Right fielder led Springfield Nuclear Plant to city championship game, then sacrificed his body to win it all. Nearly supplanted by a lineup of all-world superstar ringers, came through in a pinch-and came to in time for the next episode. Girthy right-handed hitter powered many a mighty wallop during celebrated 1992 season with “Wonderbat”-his secret weapon. Lack of mobility in the field was no match for moves atop the dugout. Found fame as bush league mascot phenom, parlaying his “Elephant Walk” into a taste of the majors. Unacquainted with scientific concepts, only isotopes of which he was aware played at Duff Stadium, where uncanny knowledge of southwestern palate exposed team’s impending move to…