The second-seeded American managed only five of those aces in dropping the first set. Isner, making his debut at this event at The Racquet Club, bounced back by serving up 11 aces in the second set where he won all 15 points on his first serve. He had 10 more aces in the third set winning 17 of 18 points on first service.

Harrison will play Damir Dzumhur of Bosnia-Herzegovinia, who was the first to advance to the quarterfinals by upsetting seventh-seeded Steve Darcis of Belgium 7-6 (2), 6-4. 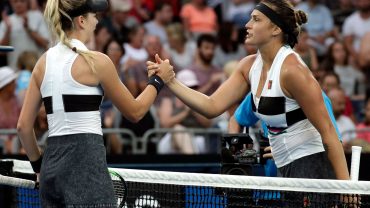