SportsPulse: Paul Myerberg breaks down how a 12-team College Football Playoff would work and the potential ramifications it would have throughout the college football landscape.

What is the only college football postseason bowl game to be named after a person and not a weed eater, cheese snack or other corporate sponsor?

The answer is the Jimmy Kimmel LA Bowl to be played Dec. 18 at SoFi Stadium in Inglewood, California.

“That’s right,” Kimmel said on ABC. “That’s the name of the bowl game. This is history in the making. Never before has a bowl game been named after a human being, and Papa John’s doesn’t count. He’s barely human.”

The former John Hancock Bowl in El Paso also doesn’t count because it was named after an insurance company sponsor, not the American Revolution leader. Otherwise Kimmel is serious: That will be the name of this game, which will match the No. 1 selection from the Mountain West Conference vs. the No. 5 selection from the Pac-12. 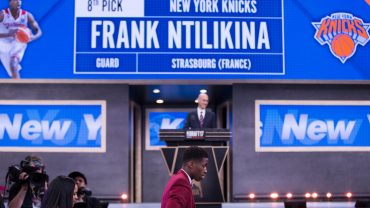