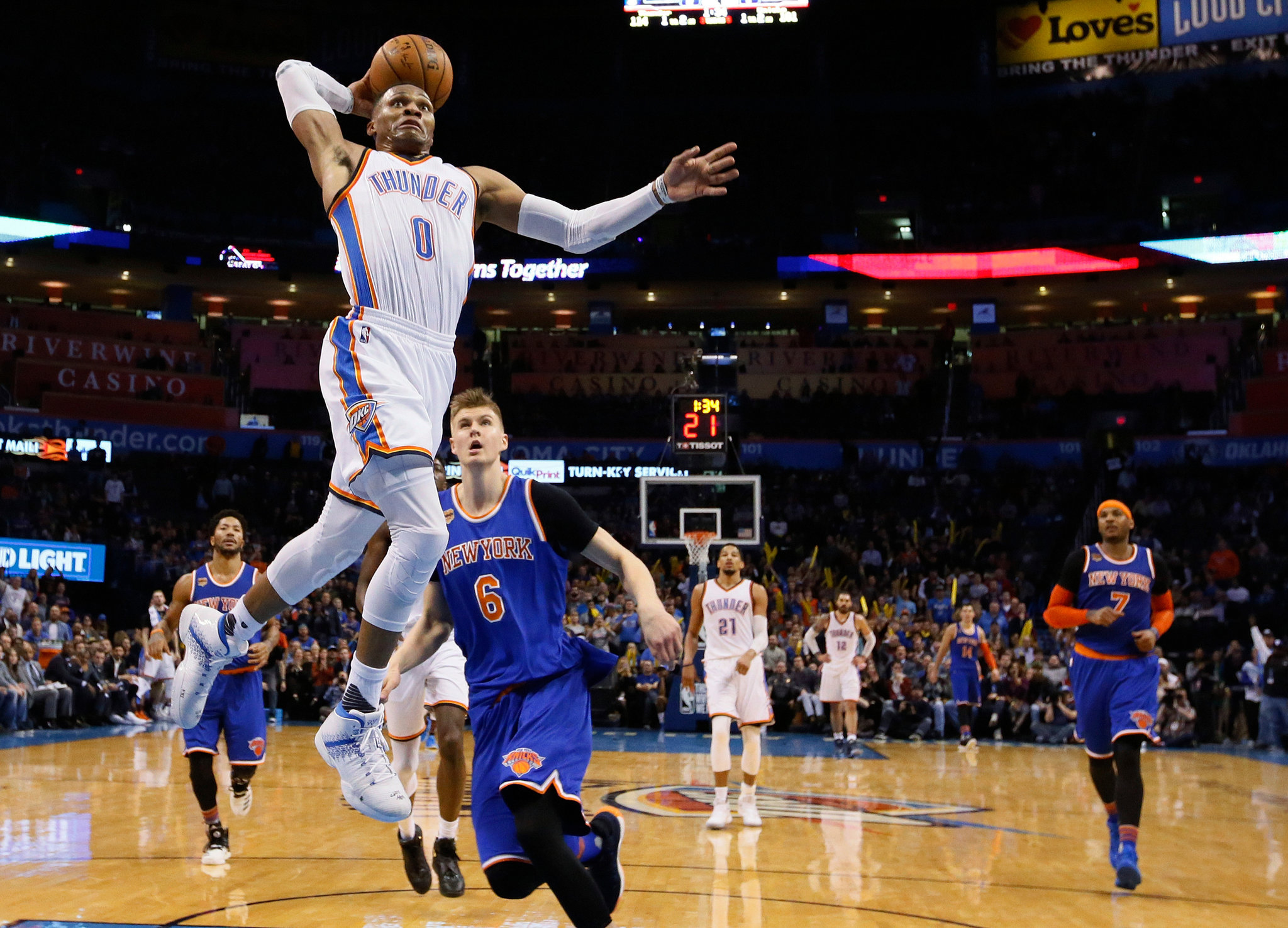 OKLAHOMA CITY — Russell Westbrook scored 38 points and posted his 27th triple-double of the season to help the Oklahoma City Thunder beat the Knicks by 116-105 on Wednesday night.

Westbrook moved into sole possession of third place for the most triple-doubles in a season, behind Oscar Robertson’s 41 in the 1961-62 season and Wilt Chamberlain’s 31 in 1967-68. Westbrook had 14 rebounds and 12 assists in the 64th triple-double of his career.

Victor Oladipo scored 21 points and Jerami Grant added 13 for the Thunder, who snapped a two-game skid.

Carmelo Anthony had 30 points for the Knicks after being selected to the All-Star Game as an injury replacement for Kevin Love earlier in the night. Derrick Rose scored 25 and Courtney Lee added 16.

The Knicks jumped out to a 16-2 lead and shot 73 percent in the first quarter to take a 39-27 lead. Anthony made his first seven shots and scored 19 points in the first…