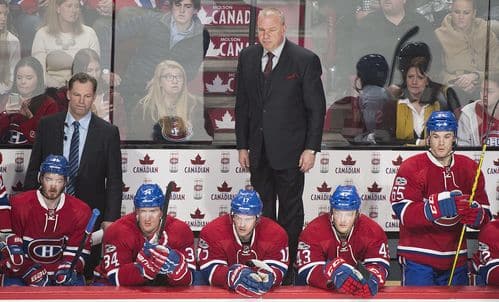 Montreal Canadiens coach Michel Therrien watches from the behind the bench during the closing moments of the team’s NHL hockey game against the St. Louis Blues on Saturday, Feb. 11, 2017, in Montreal. (Graham Hughes/The Canadian Press via AP)(Photo: The Associated Press)

The struggling Montreal Canadiens fired coach Michel Therrien on Tuesday and hired Claude Julien in hopes of getting their season back on track.

Montreal general manager Marc Bergevin made the announcement two days into his team’s bye week. Julien was fired as coach of the Boston Bruins last week and predictions that the veteran wouldn’t be out of work for long proved true.

At 1-5-1, the Canadiens are the NHL’s worst team since the start of February, including a 4-0 loss to the Bruins. They next play Saturday against Winnipeg.

Therrien, 53, was in his fifth season of his second tour of duty as Canadiens coach and had three playoff appearances with a trip to the 2014 Eastern Conference final. They missed the playoffs last season after goaltender Carey Price injured his knee in November. 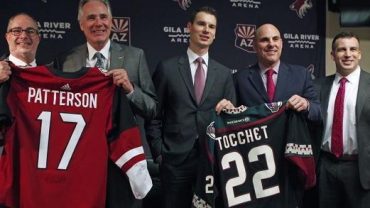