We’re all trying to find ways to pass the time and be constructive during quarantine, and that includes sports greats.

After moving on to the Australian Open semifinal, men’s tennis star Novak Djokovic said he would be open to the exploration of an NBA-type bubble to attain consistency in the playing of tennis tournaments during the COVID-19 pandemic.

“We have to find a way, whether it’s something like an NBA bubble, because I heard some players talk about that, and I don’t mind to discuss about that kind of idea,” Djokovic said Tuesday. “Select one place and we play all the tournaments on that surface and that place. You know, three, four weeks in. Three, four, two, three weeks’ rest, then back again. Something like that. I don’t know. On the top level.

“But we just have to discuss options, because I don’t know honestly if this is going to work.”

Djokovic made the comments after he eliminated No. 5 seed Alexander Zverev in the quarterfinal. 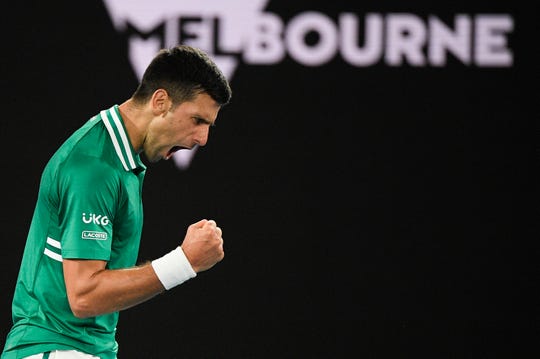 The NBA resumed its play during last season in a restrictive…