Sports Pulse: With both teams introducing new talent who will be victorious in 2021

PHOENIX — Trevor Bauer stood behind the mound for several moments Monday afternoon, stepped on the pitcher’s rubber, kicked the dirt with his left foot, and at 1:06 Mountain Time, threw his first pitch as a member of the Los Angeles Dodgers at Camelback Ranch.

One hour later, he was showing up to his press conference bringing his own video camera and microphone, wearing a T-shirt that read, “My hobby is getting better.’’

And proceeded to say he’s in the prime of his career, vowing to remain one of the elite pitchers in all of baseball, and proving to everyone that his 2020 National League Cy Young award in baseball’s shortened season was no fluke.

It was a typical day in the life of Bauer. Earlier New York Mets president Sandy Alderson said that the Mets may be better off that Bauer chose the Dodgers over the Mets, with the Dodgers countering in the afternoon that they’re grateful they spent $102 million on him. 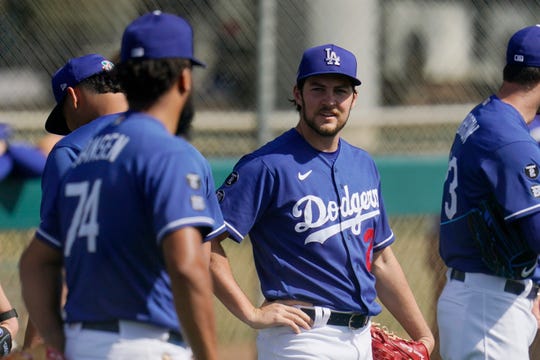