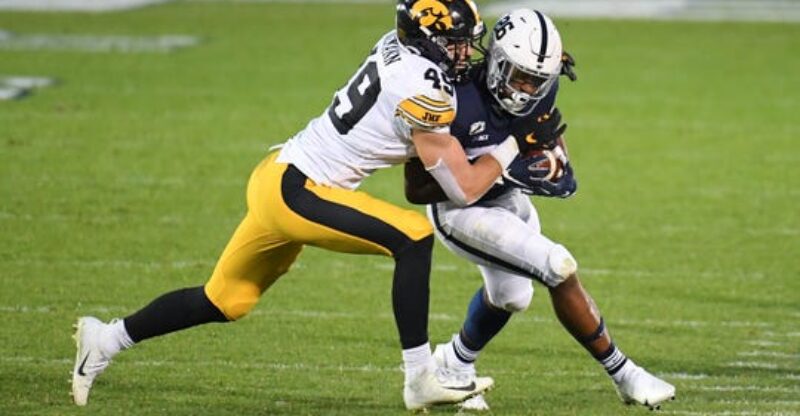 STATE COLLEGE, Pa. — They seemingly tried everything to hold themselves up with their season flying through their fingers.

Keep losing star players? Unload the bench and play one freshman after another in hopes of a spark.

Need something to push an offense led by a backup quarterback and freshmen running backs? Keep going for it on fourth down.

And yet it still felt so desperate it came to this for a Penn State defense begging for anything to help itself: Safety Lamont Wade running down the field late in the first half, without his helmet, holding the ball up for everyone to see as if he had just forced a turnover after wrestling an Iowa receiver to the ground  … except it wasn’t actually a turnover.

The solid-but-unspectacular Iowa Hawkeyes scored a few moments later and rolled downhill during the rest of Saturday’s latest beatdown in Beaver Stadium. 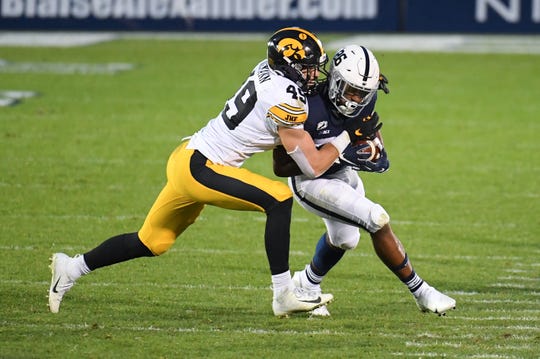 By the end, Penn State got drilled by a 41-21 score with barely a couple of hundred of family and friends…