USA TODAY Sports’ Mackenzie Salmon spoke with Paul Myerberg about the state of college football amid a pandemic.

The past six months have been one of the most difficult times imaginable for his program, from losing star players to navigating COVID-19 protocols, to being separated from his wife and daughters.

To, of course, losing three times to start this delayed season.

On Wednesday, it only got tougher as he announced that running back Journey Brown would never play football again.

Separately, Brown detailed on social media that he is suffering from hypertrophic cardiomyopathy, a disease in which the heart muscle becomes abnormally thick, making it more difficult for blood to be pumped through the body. 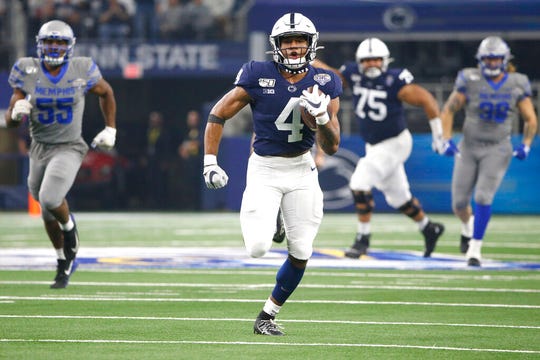 Penn State running back Journey Brown carries the ball to the end zone for a touchdown against Memphis in the first half of the Cotton Bowl. (Photo: Ron Jenkins, AP)

Though Brown had sat out these opening games of 2020, the severity of his previously unrevealed condition seemed uncertain. Franklin had not even ruled him out of…