Sports Pulse: The Masters may look different, but can we still expect the same playing out of Tiger Woods

AUGUSTA, Georiga — Phil Mickelson drove up Magnolia Lane for his 28th Masters Monday morning accompanied by an admirable sense of joy, announcing on Twitter that the simple act of arriving at Augusta National Golf Club brought out the kid in him again.

But reality has been sending a different message to Mickelson: that he is 50 now, 10 years removed from his third and last Masters championship, playing the role of elder statesman much more than that of long-ago wunderkind.

For those who have been following the remarkable career of the affable Mickelson, it will come as no surprise to find out that he is just fine with that. When asked at his pre-tournament news conference Tuesday about not being asked to participate in many other pre-tournament news conferences on the PGA Tour anymore, Mickelson took it all in stride. 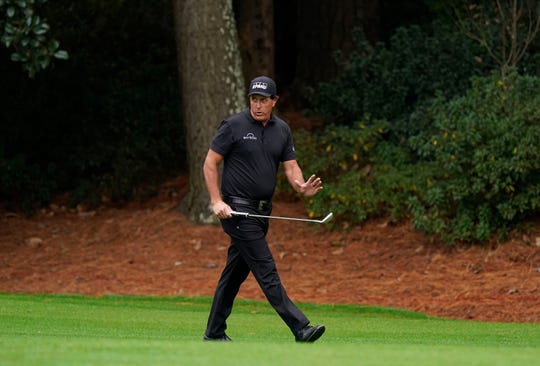 “I just don’t think my views are that much desired during this era, and it’s been easy to kind…