Tuesday marked the 15th anniversary of the 2003 rookie transition program photoshoot. It was a draft class that included LeBron James, Carmelo Anthony, Dwyane Wade and Chris Bosh. But really, T.J. Ford ended up providing the NBA world with the most iconic photo from that shoot.

15 years ago today, T.J. Ford’s shorts were not short during his NBA Rookie Photo Shoot. pic.twitter.com/uoACVWu89V

Ford showed up to that photoshoot wearing a Milwaukee Bucks uniform with ultra-baggy shorts and an enormous jersey. To many, it looked like a hilarious reflection of early 2000s basketball fashion. We’re at the point now where short shorts are making a comeback.

Yet, according to Ford, that look was never part of his plans. We have the Bucks to thank for that outrageous photo.

I remember the photoshoot like it was yesterday 😂 😂 . This how it all went down at the @[email protected]@[email protected]@bgurley
#RookieTransitionProgram#ClassOf2003#GottaHaveSwagToPullItOff pic.twitter.com/DE0eJpDcYy 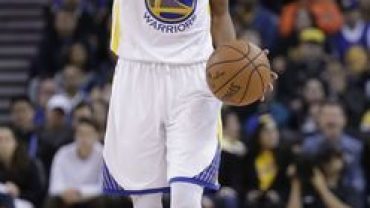