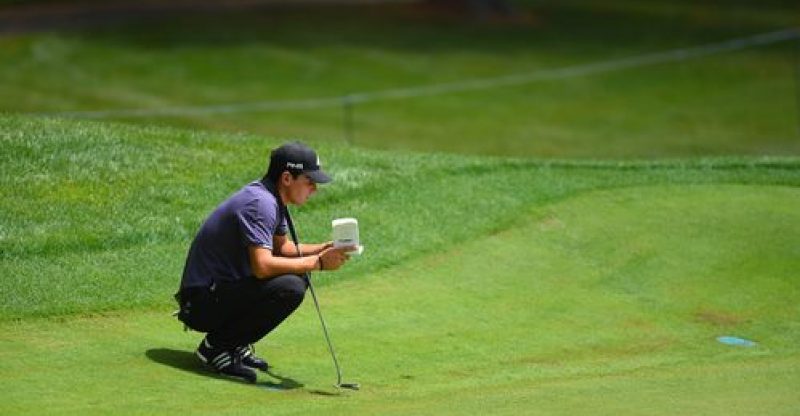 Joaquin Niemann on the ninth green during the first round of A Military Tribute at The Greenbrier on Thursday.(Photo: Bob Donnan, USA TODAY Sports)

During last week’s Quicken Loans National at TPC Potomac at Avenel Farm north of the nation’s capital, Joaquin Niemann warmed up for the third round next to Tiger Woods.

Impressive, indeed. The teenager from Chile continued to open eyes of his competitors and golf fans Thursday with a pace-setting, bogey-free, 7-under-par 63 in A Military Tribute at The Greenbrier in White Sulphur Springs, West Virginia.

Niemann, 19, who won the Latin America Amateur this year and turned pro after playing in the Masters, hit 13 of 14 fairways and 16 of 18 greens in regulation on the Old White TPC to quickly get on the first page of the leaderboard.