SportsPulse: USA TODAY Sports’ Michael Middlehurst-Schwartz looks at the top five quarterbacks of the 2018 NFL Draft and the teams that would be the best fit for each.
USA TODAY Sports

Detroit Lions running back Ameer Abdullah (21) runs with the ball during the first quarter against the Chicago Bears at Ford Field.(Photo: Raj Mehta, USA TODAY Sports)

In the build-up to the 2018 draft, USA TODAY Sports will take a look at each NFL team’s situation and needs.

1. The Lions’ pass rush has been lackluster for some time, with the franchise-tagged Ziggy Ansah one of the few players on the front four providing pressure. Detroit also is thin on the interior after Haloti Ngata signed with the Eagles.

Advice: With the No. 20 pick, Detroit could have several enticing options along the defensive line. Edge rushers like Texas-San Antonio’s Marcus Davenport and Boston College’s Harold Landry could be available at that part of the first round. The Lions could also look for a disruptive defensive tackle, such as Florida’s Taven Bryan or Michigan’s Maurice Hurst.

2. The running game already received a boost with the arrival of LeGarrette Blount. But… 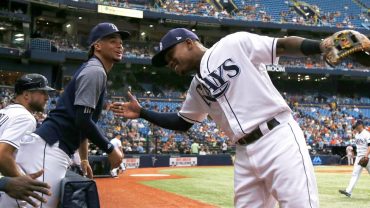