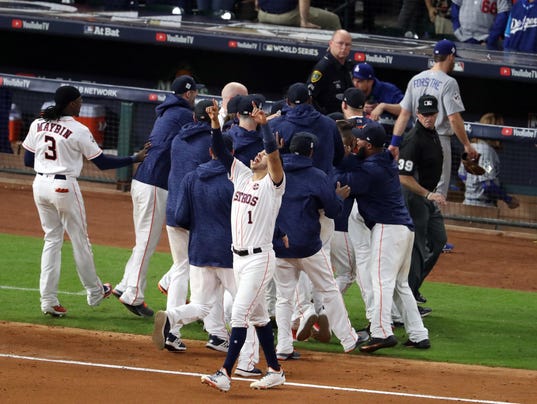 In one of the craziest World Series games in postseason history, the Houston Astros outslugged the Los Angeles Dodgers with a walk-off 13-12 victory in the 10th inning of Game 5.

The Astros are now 27 outs from their first World Series championships in franchise history.

The 5 hour, 17 minute game — second longest in World Series history — was a heavyweight bout that produced some incredible numbers the Fall Classic has never seen.

Here’s a look at some of the crazy facts that this game produced:

4 — Comebacks combined by the Astros and Dodgers.

6 — Game-tying homers in five games are the most on record for any World Series, dating back to 1974.